Copyright: © 2016 Suchandra Dutta, et al. This is an open-access article distributed under the terms of the Creative Commons Attribution License, which permits unrestricted use, distribution, and reproduction in any medium, provided the original author and source are credited

India, one of the 17 identified mega-diverse countries of the world, which is home to 11.80% of plant species where practice of herbal remedies in the recognized alternative systems, i.e., Ayurveda, Siddha, Homoeopathy, Unani, etc. to treat wide range of ailments dates back to many centuries. A time of trend reversal is seen world over, to use herbal remedies to treat health problems. Plants have been one of the important aspects of the world health. Curcuma caesia Roxb., a critically endangered plant (claimed to be useful in piles, leprosy and infertility, etc by traditional healers in India) is one such plant.

The present paper deals with the identification of authentic sample of ‘Kala Haldi’ collected from natural habitat as well as the samples of ‘Kala Haldi’ obtained from traditional market at Nashik, Maharashtra. Headspace GCMS analysis of leaves of Curcuma caesia Roxb. suggests its use as substitute of another rare medicinal and aromatic plant namely, Hedychium spicatum Buch.- Ham. which is becoming rare due to over exploitation.

The authentic sample of ‘Kala Haldi’ is identified as Curcuma caesia Roxb. (authentic ‘Kala haldi’), a critically endangered species [1]from Bengal. It is a rhizomatous herb; the rhizome is strongly aromatic, blue within. The plant height is about 1.2 m. and leaves 30–60 by 12.5–15 cm.; broadly lanceolate or oblong, upper surface dark green, slightly rough while the lower surface is ligher gerrn, glabrous; with a deep ferruginous purple cloud down the middle, which penetrates to the lower surface. Petiole and sheath about as long as blade. Spikes (appearing before the leaves), about 30 cm. high with the peduncle. Flowering bracts are green with a ferruginous tinge. Coma deep bright red, tending to crimson. Flowers pale yellow, reddish at outer border, and rather shorter than their bracts. Stomatal index is 9. The rhizome is aromatic & is used as carminative, expectorant, against rheumatic pain & headache.

The market sample of ‘Kala Haldi’ procured from Nashik is Curcuma aeruginosa Roxb. and is a native of Myanmar which is also found wild in South India. The plant height is about 70-100cm. and leaves 75–100 by 15–20 cm, oblong- lanceolate, glabrous, with a deep ferruginous purple cloud down the middle, which penetrates to the lower surface. Petiole and sheath about as long as blade. Stomatal index is 5. We haven’t noticed flowering in this species. The rhizomes are widely used in South India for the extraction of East Indian Arrowroots or Travancore Starch [2].

Rhizome of Curcuma caesia Roxb.(CCNB) was collected from Darjeeling District, West Bengal; the same grown at Virmata Jeejabai Bhonsle Udyan, Byculla, Mumbai. where the plants were separately treated with Cowdung as manure & Sufala (NPK) as fertilizer. Market sample of ‘Kala Haldi’ (CCNS) was procured from Nashik market (near Ganga) for further study (enlisted below). 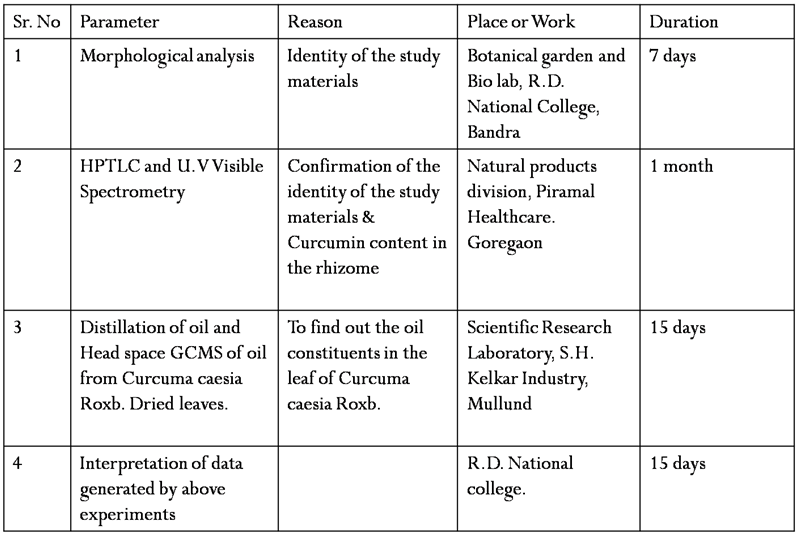 Figure 3: HPTLC analysis of Curcuma caesia and the market sample of Kala haldi and its comparison with other Curcuma sp, standard curcumin, Hedychium spicatum .

Both, the authentic sample as well as the market sample of ‘Kala Haldi’ do not belong to the same species. The authentic sample is Curcuma caesia Roxb. which is a critically endangered species whereas [3], the market sample of ‘Kala Haldi’ is Curcuma aeruginosa Roxb. Morphologically, Curcuma aeruginosa Roxb. is more robust than C. caesia  Roxb.

The stomatal index of C. caesia is 9 while that of C. aeruginosa is 5.

HPTLC analysis of both the above-mentioned materials were conducted and it was found that:

There is difference in the Rf values of both the samples

The oil content in both the samples are very high.

The yield of curcumin (which is one of the chief constituents of Curcuma and medicinally important) in both the samples are very negligible (ca 0.01%)

Hence, it is concluded that it cannot be utilized for its curcumin content [4]. The oil of the same is already exploited (by earlier authors) and is in practice [5]. It is not considered for further analysis (for the purpose of this paper).

After analyzing both the materials, namely, Market sample (from Nashik) as well as authentic sample of ‘Kala Haldi’ (Curcuma caesia Roxb. procured from West Bengal), it is understood that both the sample belong to different species and show variation in the characteristics morphologically as well as with the help of HPTLC.

It was observed that the fresh as well as dried leaves of Curcuma caesia Roxb. shows a lot of oil glands containing volatile oil which is generally wasted.

Present study is carried out with the aim to find out potentiality of the leaves from industry point of view and to understand the difference in constituents of active principles due to change in climatic and edaphic factors.

Mature leaves were collected from plants & dried under shade

Leaves are cut into small pieces

Subjected to hydrodistillation in Clevenger type apparatus for 6 hours

Stored in air tight container away from sun light

Samples of the oils were analysed by temperature programming of Head Space at 120 oC.

The vapour were injected in GCMS for 75 minutes at 160 oC.

Major volatile constituents were identified on Mass Spectrometry by comparing their retention times with molecular structure.

The composition of the oils obtained from the three above mentioned materials of Curcuma caesia Roxb. is tabulated in the following Table 1. In total approximately 135 compounds were obtained from each of the materials. But, currently we have considered only the significant ones.

Interpretation of analysis of dried leaves of C. caesia Roxb.:

The yield in all the three materials is more than the earlier reported yield which was only 0.8%.

The aroma of the leaf of Curcuma caesia is a mixture of Kapurkachri oil, Ginger oil, Cardamom oil, Turmeric oil & a trace of Nagormotha oil.

In all the three materials, there are 138 compounds & out of these, 18 are major compounds (acc. To earlier report done by other scientists the number of constituents are not more then 30).

The first material, i.e., the one from West Bengal has one compound (5- chloro- 2 Phenyl pyridine) which none of the others have.

Oil from leaves of Curcuma caesia Roxb. can be used for the reconstituting theoil obtained from rhizome of Kapur Kachri (Hedychium spicatum Buch.- Ham.) [7]. More studies field trial and clinical trial are required for establishing the commercial viability of Curcuma caesia oil

Hedychium spicatum Buch.- Ham.(Kapur-Kachri), a near endemic threatened plant which is exploited for its rhizome (a source of Kapur kachri oil). Instead, the dried leaves of Curcuma caesia Roxb [8]. that is otherwise wasted (not used anywhere) can be exploited for its essential oil. This in turn will ensure the conservation of both these species.

The authors would like to express sincere gratitude to Dr. A. P. Das and Dr. Chandra Ghosh for their help in procuring the authentic samples; Dr.Vinayak Naik, NaturalProducts Division, Piramal Health Care, Mumbai; Dr. Renuka Thergaonkar and Mr. Nishit Doshi, Scientific Reseach Centre, Vaze College, Mumbai for their help with the analysis of the samples.